PHOENIX -- Attorney General Mark Brnovich filed an amended complaint and also moved for a preliminary injunction in his lawsuit against the U.S. Department of Homeland Security (DHS) and federal officials for violating the National Environmental Policy Act (NEPA) through their destructive immigration policies. The Attorney General’s Office (AGO) is asking the U.S. District Court in Arizona to void the decisions to stop border wall construction and substantially reinstate the "Migrant Protection Protocols" policy until the federal government complies with its obligations under NEPA.

NEPA protects the environment by requiring federal agencies to carefully weigh environmental considerations before taking any major federal action. The AGO alleges in its lawsuit that DHS did not provide the required NEPA environmental impact statements or environmental assessments when it abruptly stopped ongoing border wall construction and ended the “Migrant Protection Protocols” policy. These two actions, combined with the federal government’s lax immigration enforcement and loosening of border security, have led to an unprecedented number of migrants illegally crossing the southwest border.

The AGO lawsuit does not challenge population growth, only the federal government’s failure to analyze that growth as required under NEPA.

“There is no doubt that the Biden Administration’s immigration policies are causing a humanitarian, public safety, and environmental crisis at our border,” said Attorney General Mark Brnovich. “I will do everything I can to stop their destructive actions and protect Arizona.”

Today, the AGO also filed a motion for a preliminary injunction that would require the Biden Administration to:

In May 2021, the U.S. Customs and Border Protection encountered 180,034 migrants along the southwest border. It is estimated that each border-crosser leaves behind 6 to 8 pounds of trash in the desert. According to the Arizona Department of Environmental Quality the trash can include plastic containers, clothing, backpacks, food, vehicles, bicycles, and paper. Human waste and medical products have also been found in border trash. All of these items can pose a risk to the environment, including wildlife.

Below are pictures of litter left in the desert from border crossers when Attorney General Brnovich went on a tour with Pinal County Sheriff Mark Lamb. 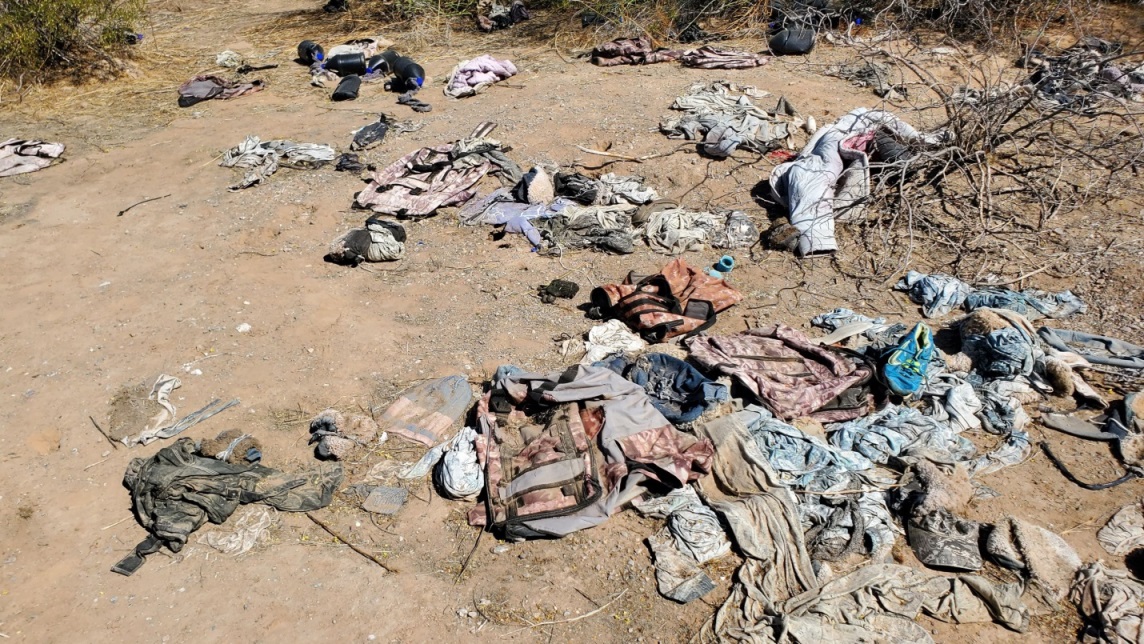 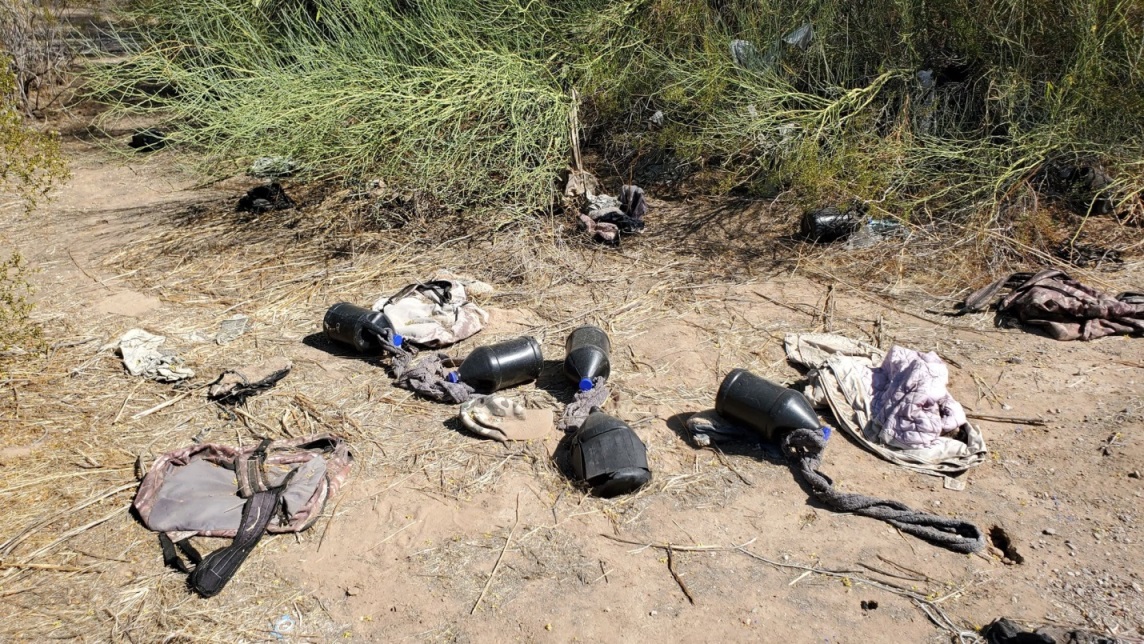 The AGO is asking the U.S. District Court in Arizona to void the decisions to stop border wall construction and substantially reinstate the Migrant Protection Protocols policy until the federal government complies with its obligations under NEPA.

The court will rule on the motion for preliminary injunction in due course.