TEMPE - Attorney General Mark Brnovich announced that 20-year-old Michael William Spatz, of Tempe, was charged with Sexual Exploitation of a Minor, Sexual Conduct with a Minor, and Molestation of a Child.

Spatz is accused of sexually abusing an 11-month-old male child on multiple occasions in Gilbert, Arizona, and recording himself committing the abuse. These videos were allegedly distributed by Spatz and have since been discovered in Canada by the Royal Canadian Mounted Police. Spatz was arrested at his home in Tempe, Arizona, on June 26, 2020.

During the investigation, the victim was identified by authorities and is currently residing safely with his mother. The Arizona Department of Child Safety has been notified and is providing services to the victim and his family.

Spatz is currently being held in custody on a $750,000 bond pending resolution of his case. A Maricopa County Superior Court Judge has held Spatz to answer for his crimes and he is scheduled to appear in court on August 24, 2020.

Below is the booking photograph of Spatz. 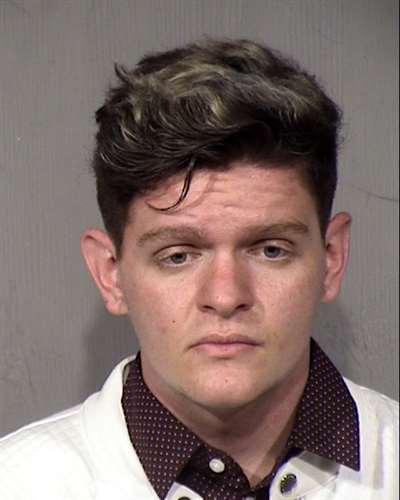