PHOENIX – Attorney General Mark Brnovich announced 62-year-old Rudolph John Porter, of Phoenix, was sentenced today to 13 years in the Arizona Department of Corrections for Sexual Exploitation of a Minor.

In March of 2018, investigators with the Maricopa County Sheriff’s Office identified a computer from the Phoenix metropolitan area which was sharing video files containing graphic depictions of child sexual exploitation online through a peer-to-peer file trading network. Investigators traced the file trading activity to Porter’s home in Phoenix, where they executed a search warrant on May 8, 2018.

Investigators found Porter’s computer in his home and observed that the peer-to-peer file sharing software was actively running and that it was actively downloading a file indicating that it contained images of 14-year-old girls. Investigators searched the computer and located exploitative images of sexual conduct with children who were estimated by experts to be as young as 10-years-old. Investigators also found search terms that were related to child exploitative material.

Maricopa Superior Court Judge Ronee Korbin-Steiner sentenced Porter to 13 years in prison after he pleaded guilty to two felony counts. Porter is scheduled to begin a term of lifetime probation upon his release from the Arizona Department of Corrections in approximately May of 2031. Additionally, Porter will be required to register as a sex offender when he is released.

Below is the booking photograph of Porter. 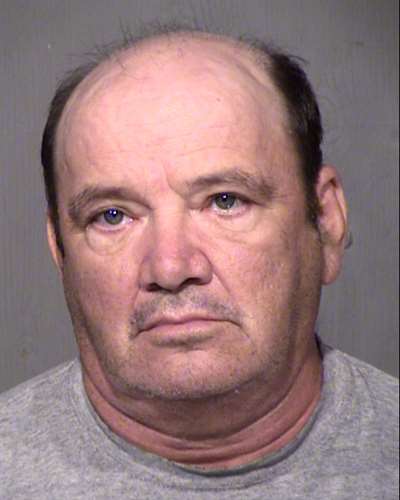