PHOENIX – Attorney General Mark Brnovich announced 36-year-old Ernesto Gomez-Enciso, of Phoenix, was sentenced to 12 years in the Arizona Department of Corrections for Sexual Exploitation of a Minor.

In June of 2017, Homeland Security Investigations (HSI) observed a computer that was sharing digital files containing graphic depictions of child sexual exploitation over a peer-to-peer file sharing network. Records from the internet service provider showed that service for that IP address was being provided at a residence in Phoenix. Agents obtained a search warrant for that residence and executed it on June 20, 2018. During an interview, Gomez-Enciso waived his Miranda rights and admitted to downloading sexually explicit content of children from an international file server and from the peer-to-peer file trading network. Additionally, investigators located an iPhone in Gomez-Enciso’s bedroom, which contained numerous images of suspected child sexual exploitation.

Gomez-Enciso pleaded guilty to two felony counts. In each count, Gomez-Enciso admitted to possessing a sexually explicit video involving a child who was estimated to be less than 13 years of age. Gomez-Enciso will begin a term of lifetime probation upon his release from prison in approximately February of 2032. Gomez-Enciso will also be required to register as a sex offender when he is released.

"Protecting vulnerable children from exploitation will always be a top priority for my administration," said Attorney General Mark Brnovich. "We appreciate our law enforcement partners and our joint efforts to make sure online predators are held accountable and prosecuted to the fullest extent of the law."

“As this sentence makes clear, perverse and deviant behavior toward children will not be tolerated in our growing community,” said Scott Brown, special agent in charge for the HSI office in Phoenix. “HSI stands at the forefront of child exploitation investigations as special agents dedicate countless hours to ensure predators face serious consequences for these heinous crimes.”

A booking photograph of Gomez-Enciso is below. 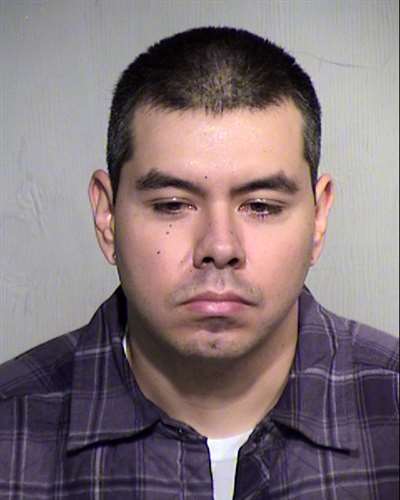