PHOENIX – Attorney General Mark Brnovich announced 61-year-old Donald Dale Knuckles, of Phoenix, was sentenced to 10 years in the Arizona Department of Corrections for Sexual Exploitation of a Minor.

The case began in November of 2018 when investigators with the Homeland Security Investigations (HSI) in Phoenix observed a computer that was sharing digital files containing graphic depictions of child sexual exploitation over a peer-to-peer file sharing network. After sending a subpoena to the internet provider, investigators received records that identified the computer as belonging to Knuckles. When agents served a search warrant at Knuckle’s home in February 2019, they observed a sexually explicit video of a child on an electronic device in his room. Knuckles waived his Miranda rights and confessed to downloading sexually explicit content of children.

“From undercover operations to working with other law enforcement agencies, the Attorney General's Office will continue to do everything we can to protect children from predators,” said Attorney General Mark Brnovich. “Anyone who abuses a child or sexually exploits a child, needs to be held accountable and prosecuted to the fullest extent of the law."

“The sentence imposed on this despicable individual ensures that he will not have another opportunity to exploit another child through his perverse behavior,” said Scott Brown, special agent in charge for the HSI Phoenix office. “We will continue to work with our law enforcement partners to target those who believe they can hide behind their computer screens by identifying and holding them accountable for their grotesque actions.”

Below is the booking photograph for Knuckles. 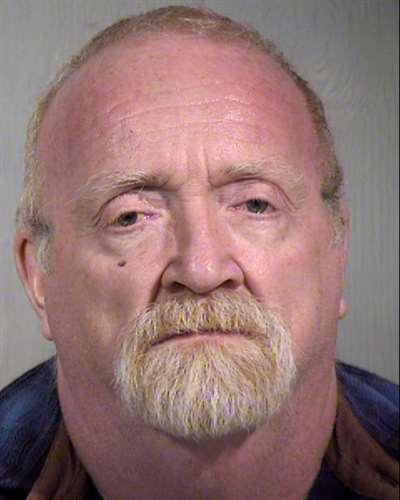