Detectives from the Tempe Police Department, Mesa Police Department, Drug Enforcement Administration (DEA), and the Arizona Attorney General’s Office arrested Ortiz-Godinez on March 18, 2020, after allegedly transporting 30 pounds of methamphetamine to a Phoenix motel intended for a customer. A search warrant was later served at Ortiz-Godinez’s apartment where an additional 16 pounds of methamphetamine, over one kilogram of heroin, various packaging materials, ledgers, and a firearm were also discovered.

Ortiz-Godinez is currently being held in the Maricopa County Jail in lieu of a $20,000 bond.

Ortiz-Godinez has pleaded not guilty to the alleged charges and will appear in court for an initial pretrial conference on May 14, 2020.

Below is the booking photograph for Ortiz-Godinez 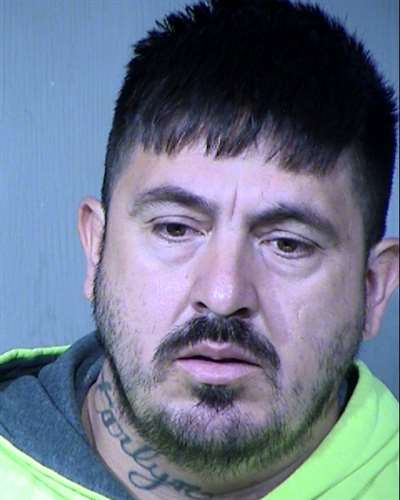