PHOENIX – Attorney General Mark Brnovich announced 51-year-old Joseph Charles Nolan, of Peoria, was sentenced to 12 years in the Arizona Department of Corrections for Sexual Exploitation of a Minor.

In March of 2016, investigators with the Homeland Security Investigations (HSI) in Tucson identified a computer from the Phoenix metropolitan area that was sharing video files containing graphic depictions of child sexual exploitation online through a peer-to-peer file trading network. Investigators traced the computer to an apartment in Peoria, and passed the tip to the Phoenix HSI Office for follow up. HSI agents tracked Nolan to a second apartment in Peoria, where they executed a search warrant on November 3, 2016.

In a post-arrest interview, Nolan admitted he lived alone in the first apartment during the time that the Tucson-based agents downloaded the exploitative images from his computer. Agents searching Nolan’s apartment located a Toshiba laptop and two external storage drives, upon which forensic analysis later found images and videos of child sexual exploitation. Analysis also showed the peer-to-peer file sharing software had been installed on the computer during the time that the Tucson-based agents were downloading images from his computer.

Nolan pleaded guilty to two felony counts, each involving an image of a girl whom doctors estimated to be less than 13-years-old. Nolan will begin a term of lifetime probation upon his release from the Arizona Department of Corrections in approximately September of 2030. Nolan will also be required to register as a sex offender when he is released.

“Predators may try and hide behind the internet, but anyone who sexually exploits children will be aggressively prosecuted by our office,” said Attorney General Mark Brnovich. “We have incredible partnerships with law enforcement agencies like HSI, and I want to commend everyone involved in the investigation and prosecution of this case.”

“Child exploitation investigations are one of HSI’s highest priorities, because children remain vulnerable to online abuse and are deserving of our protection and concern,” said Scott Brown, special agent in charge for HSI Phoenix. “While many of these perpetrators attempt to shield their illegal activities and hide behind their keyboards, HSI and their law enforcement partners will continue efforts to locate them and bring them to justice. Those attempting to evade law enforcement by hiding in the dark parts of the internet seeking to exploit children or conduct other illicit activity will be found and be held accountable for their despicable crimes.”

Below is a booking photograph for Nolan. 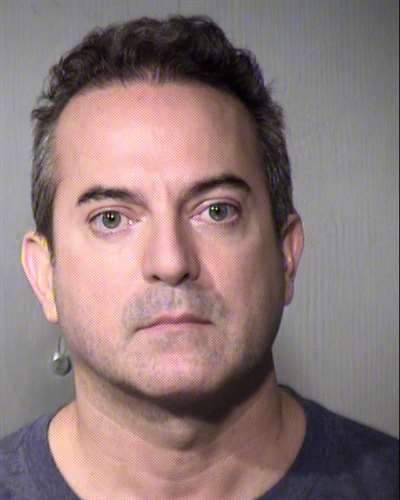