Detectives from the Tempe Police Department and the Arizona Attorney General’s Office arrested Weaver on June 9, 2020, after allegedly receiving and then transporting three pounds of methamphetamine from a supplier. When contacted by law enforcement, Weaver ran but was quickly arrested. Investigators purportedly located three pounds of methamphetamine concealed in a potato chip bag in the vehicle Weaver came from. She was seen previously with the chip bag while entering the car.

Weaver is currently being held in the Maricopa County Jail without bond as this is her third arrest involving possession of drugs for sale.

Detectives from the Tempe Police Department, and the Arizona Attorney General’s Office arrested Weaver on October 31, 2019, after allegedly possessing over one pound of methamphetamine, 100 fentanyl pills, and over 40 grams of heroin along with packaging materials. On December 13, 2019, law enforcement arrested Weaver again and detectives purportedly found almost 13 pounds of methamphetamine in her backpack. Prior to her second arrest, Weaver fled in a vehicle while being pursued by law enforcement.

Weaver has pleaded not guilty to the alleged charges in all cases, and will appear in court for an initial pretrial conference on July 30, 2020.

Below is the booking photograph for Trisha Weaver. 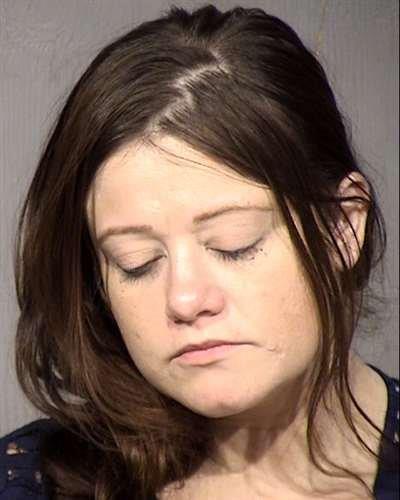