PHOENIX – Attorney General Mark Brnovich announced 48-year-old Meyer Michael Stratton, of Mesa, was sentenced to 12 years in the Arizona Department of Corrections after being convicted on felony charges of Sexual Exploitation of a Minor and Attempted Sexual Exploitation of a Minor. Stratton will serve a consecutive term of lifetime probation upon his release from prison and will have to register as a sex offender.

Stratton pleaded guilty in January to the two felony counts involving the possession of child pornography which he had acquired over a peer-to-peer file trading network.

Agents with the Maricopa County Sheriff’s Office arrested Stratton on July 19, 2018, and found the graphic images of sexual exploitation on a backup drive that Stratton was using to move files from an older computer to a new one.  Investigators’ records show that Stratton had been involved with the trading of sexually exploitative images as far back as 2007.  As a part of his sentencing before Judge John Hannah in Maricopa County Superior Court, Stratton’s computers were forfeited to the State.

Below is Stratton’s booking photograph. 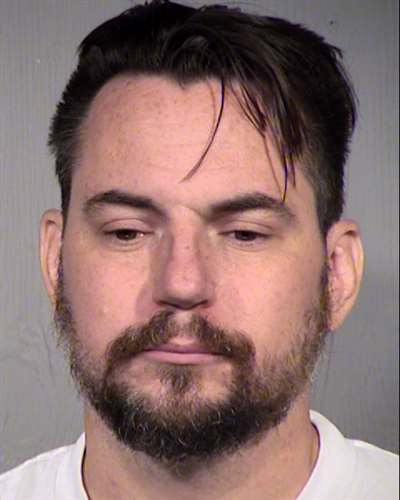