PHOENIX - On April 15th, 2019, Louis Broadway-Phillips was indicted by a State Grand Jury for Illegally Conducting an Enterprise, Money Laundering, Child Sex Trafficking, Sex Trafficking, Pandering, and Receiving Earnings of a Prostitute. A $25,000 cash bond was set by the Court. The Arizona Attorney General's Office alleges that Defendant Broadway-Phillips, 25-years old, knowingly trafficked for prostitution two adult victims and one minor victim from September of 2017 to April of 2018. The Attorney General's Office alleges that the young women were forced to engage in prostitution and/or sexually explicit performances with all earnings being turned over to Broadway-Phillips. On May 2, 2019, Defendant posted the $25,000 cash bond and was released from jail.

During the time frame of August 14, 2019, through October 1, 2019, the State alleges Broadway-Phillips made contact with the same three female victims that he trafficked while out on bond for the above crimes. The State alleges that all three female victims reported that Defendant contacted them, directly or indirectly, and wanted them to relinquish their victim rights and recant their original reports to law enforcement. The State further alleges that Defendant offered one of the victim's cash, food, clothes, and a ride to court if she would recant her story.

On October 7, 2019, Defendant Louis Broadway-Phillips was indicted by a State Grand Jury for one count of Influencing a Witness, a class 5 felony, and two counts of Witness Tampering, class 6 felonies. Broadway-Phillips has been held non-bondable.

These matters were investigated by the Mesa Police Department.

The cases are being prosecuted by Assistant Attorneys General Blaine Gadow and Shawn Steinberg. 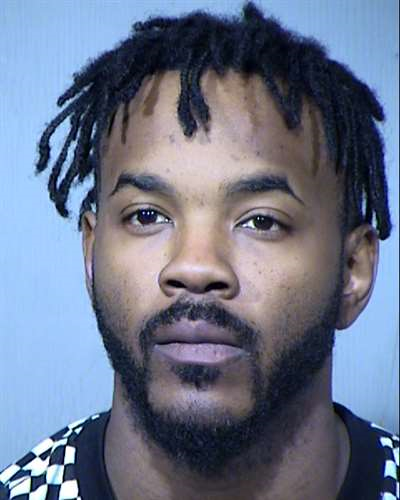