PHOENIX — The Attorney General’s Office announced today that a Goodyear Pharmacy Technician has been convicted of stealing hundreds of boxes of diabetic test strips from his employer.

31-year-old Robert Brian Kemple was charged in June 2018 with 33 criminal offenses for stealing over $100,000 of medical supplies from the CVS Pharmacy where he worked as a Pharmacy Technician. It was determined by investigators that Kemple used his position as a Pharmacy Technician to order additional diabetic test strips for the pharmacy.  Kemple would then steal the additional test strips and later sell them online.  Investigators found that between March 2017 and September 2017, Kemple stole 556 boxes of the test strips from his employer.

Kemple was sentenced to serve six months in the Maricopa County Jail and was ordered to serve a term of five years supervised probation.  Under the conditions of his sentence, Kemple has been ordered to pay restitution to the victim, CVS Pharmacy, in the amount of $100,540.44.

The investigation was a collaborative effort between the Goodyear Police Department and the Attorney General’s Office Health Care Fraud and Abuse Section.

Below is the booking photograph for Kemple. 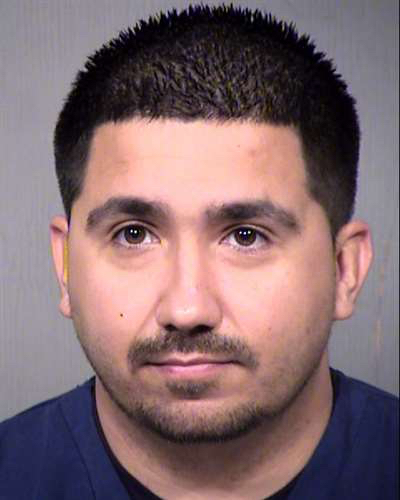