PHOENIX – Attorney General Mark Brnovich announced 25-year-old Marco Antonio Alvarado, of El Mirage, was sentenced Friday to 12 years in the Arizona Department of Corrections after being convicted on felony charges of Sexual Exploitation of a Minor and Attempted Sexual Exploitation of a Minor.  Alvarado will serve a consecutive term of lifetime probation upon his release from prison, and will have to register as a sex offender.

Alvarado pleaded guilty in April 2019 to the two felony counts involving the possession of child pornography, which he had acquired while file trading over the Canadian chat service Chatzy.  A joint investigation conducted by Canadian authorities and special agents from Homeland Security Investigations (HSI) identified Alvarado as having posted to Chatzy links to cloud-based storage aaccounts that contained graphic depictions of child sexual exploitation.  Phoenix-based HSI special agents searched Alvarado’s home on April 7, 2015, and found deleted graphic images of sexual exploitation on a laptop in Alvarado’s possession.  Alvarado told the HSI special agents that he would trade and acquire sexually exploitative images online, and then later delete them.

Below is the booking photograph for Alvarado. 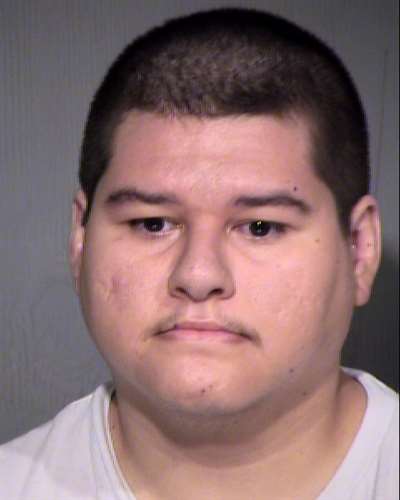