MESA– Attorney General Mark Brnovich announced that Sharon Ashcroft, of Mesa, was sentenced to six years in prison for stealing over a thousand insurance company checks issued to doctors she worked for in Tempe between 2011 and 2017.

Beginning in August of 2011, Ashcroft worked as a part-time medical biller for two ophthalmologists. Ashcroft would deposit insurance checks issued to the doctors for patient care into bank accounts she controlled.  She then fraudulently wrote off the balances associated with those patients in the software system as “uncollectable bad debt from insurance companies,” “uncollectable bad debt from patients,” or “insurance payment reductions/adjustments due to contracted rate of reimbursement being lower than what the doctors charge.”

A new office manager discovered the fraud in February of 2017 when she contacted an insurance company and learned that the bills were paid.  A review of Ashcroft’s financial records showed she spent the stolen money on elaborate vacations for her and her family to locations such as New York, Ireland, Mexico, Las Vegas, and Washington D.C.  She also spent tens of thousands of dollars on spa treatments, furniture, cars, and her daughter’s wedding.

She was remanded into custody after her sentence was imposed on August 5, 2020. Following her release from prison, Ashcroft will be placed on four years of supervised probation and will pay $651,330.65 in restitution to the doctors.

Below is a booking photograph for Ashcroft. 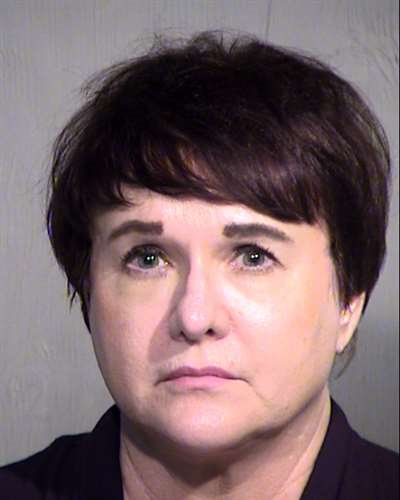