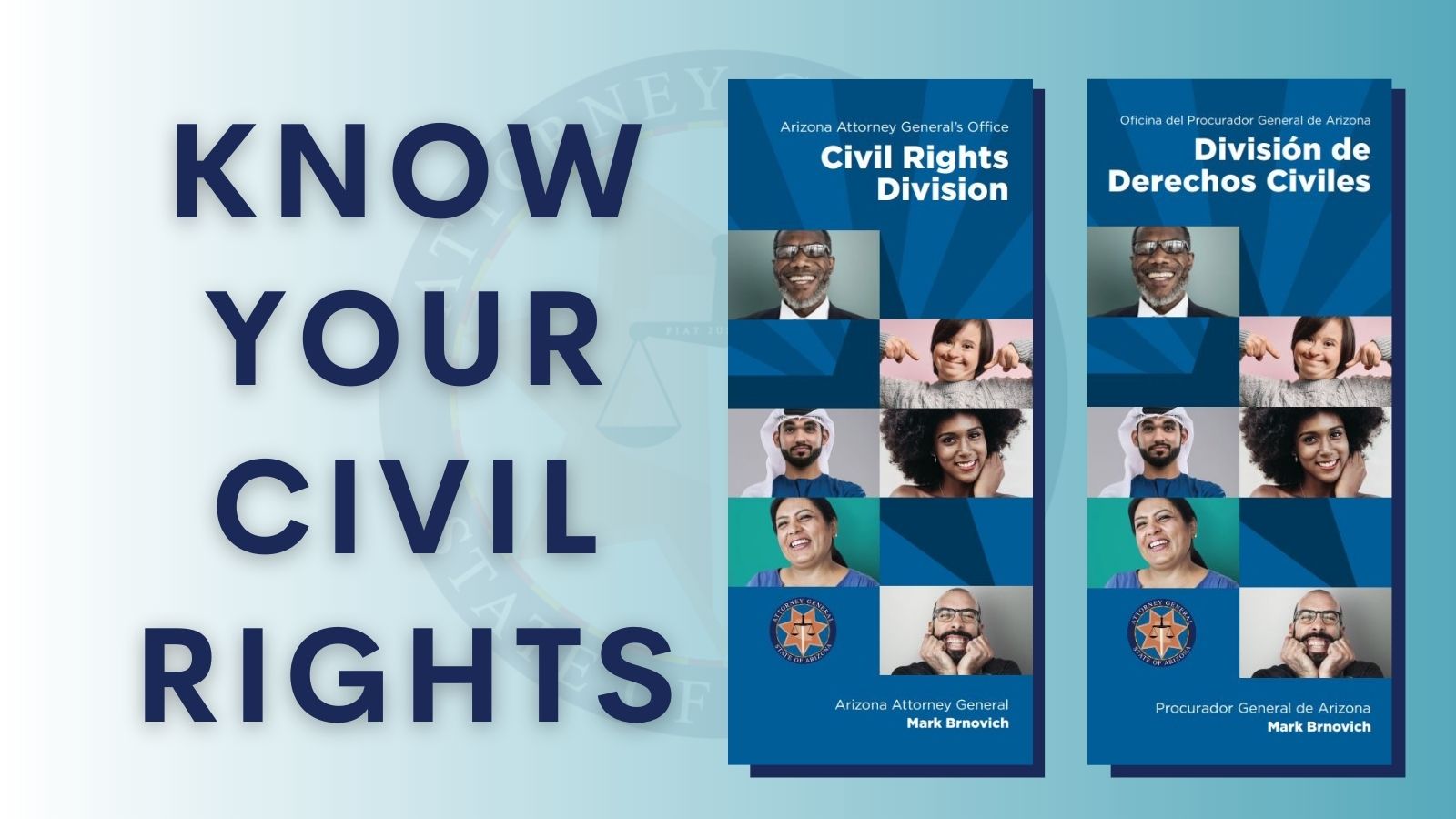 PHOENIX - Attorney General Mark Brnovich announced today that the Arizona Attorney General's Office (AGO), in partnership with the United States Department of Housing and Urban Development (HUD), has published a new civil rights pamphlet in English and Spanish available free to Arizonans. The pamphlet provides Arizonans with answers to frequently asked questions regarding their rights and how to file civil rights complaints related to discrimination in employment, housing, public accommodations, and voting. Initially, the pamphlets are being distributed statewide to 180 locations throughout Arizona, including the Arizona Bar Foundation, Community Legal Services, courts, law libraries, and non-profits.

“I am committed to defending Arizonans civil rights and I encourage individuals who have been discriminated against to contact our office immediately,” said Attorney General Brnovich. “The new pamphlet is designed to easily and clearly inform Arizonans of their right to live free from unlawful discrimination and what to do if they have been victimized.”

The Arizona Attorney General’s Civil Rights Division (Division) enforces the Arizona Civil Rights Act (ACRA), which prohibits discrimination in employment, housing, public accommodations, and voting. Part of the Division’s mission is to increase public awareness about the ACRA. The pamphlet provides answers to common and important questions, like:

Since 2015, the Division has investigated more than 1,700 complaints alleging violations of ACRA each year. The Division resolves disputes through investigations and various forms of conflict resolution, including mediation, conciliation, or litigation when necessary.

Recent actions taken by the AGO's Civil Rights Division are included below:

A copy of the pamphlet can be viewed online (English). Spanish version available as well.

To request free copies of the pamphlet for yourself or your organization, please call  (602) 542-5263 or email CivilRights@azag.gov. The pamphlets can also be accessed online at the Arizona Attorney General’s website https://www.azag.gov/civil-rights/pamphlet.