PHOENIX -- Attorney General Mark Brnovich's office is distributing the first installment of over $200,000 to victims of an alleged “toner pirate” scam run by James R. Deremiah and his businesses INT Sourcing LLC and Premiere Office Supplies LLC. The Arizona Attorney General's office previously sued Deremiah and his businesses, alleging that they sent fake toner cartridge invoices to churches, schools, and businesses in order to trick victims into paying the bogus invoice as a routine business matter. Those involved in copier and printer scams such as the one alleged are known as “toner pirates.”

The settlement includes full restitution for every business that sent money in response to the invoices. Half of the restitution – over $200,000 – will be sent this month, and the other half ($200,000) will be distributed next year when Deremiah makes his court-ordered payments. Deremiah must also pay at least $140,000 in civil penalties.

“If someone takes your money under false pretenses, consumers are entitled to restitution,” said Attorney General Mark Brnovich. "Whether you're an individual consumer or a business that's been ripped off, the Arizona Attorney General's office is a leading voice in fighting for restitution for victims of consumer fraud."

Under Attorney General Mark Brnovich, Arizona has been a national leader in recovering money taken through allegedly fraudulent mailings. Examples include restitution settlements that were previously reached with Mandatory Poster Agency and Compliance Filing Service, both of which sent out government look-alike mailers to businesses.

Full copy of the Consumer Fraud Lawsuit and the consent judgment.

A redacted copy of one of the Defendants’ invoices is pictured below. 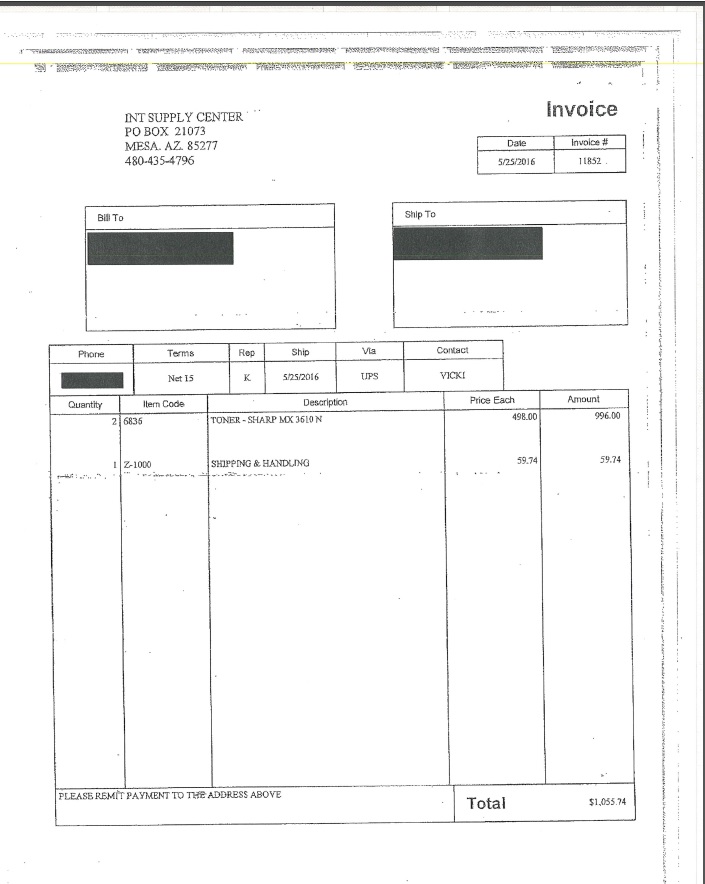