“Our constitution recognizes self-defense as a fundamental right and respects the essential role firearms can play in keeping ourselves and our families safe,” said Attorney General Brnovich.” We hope the Supreme Court will hear this case and clarify the extent to which law-abiding citizens may exercise their right to keep and bear arms outside of their homes.”

Forty-two states have objective-issue permitting regimes, or “Shall Issue” permitting, meaning that an objective set of criteria is reviewed when considering issuing concealed carry or firearm permits. These criteria can include a background check, mental health records check, fingerprinting, knowledge of applicable laws, firearms training, or other requirements. Comparatively, New York requires that an applicant “demonstrate a special need for self-protection distinguishable from that of the general community or of persons engaged in the same profession,” in addition to requiring the above-mentioned objective criteria (e.g. background check, mental health records check, etc.).

The attorneys general brief cites empirical evidence showing that concealed carry holders are less likely to commit crime, and "neither Washington, D.C., nor any state that has a permissive permit regime has experienced widespread trouble from those who go through the licensing process.” The brief cites several studies, including one from 2009, to demonstrate just how law-abiding permit holders are: 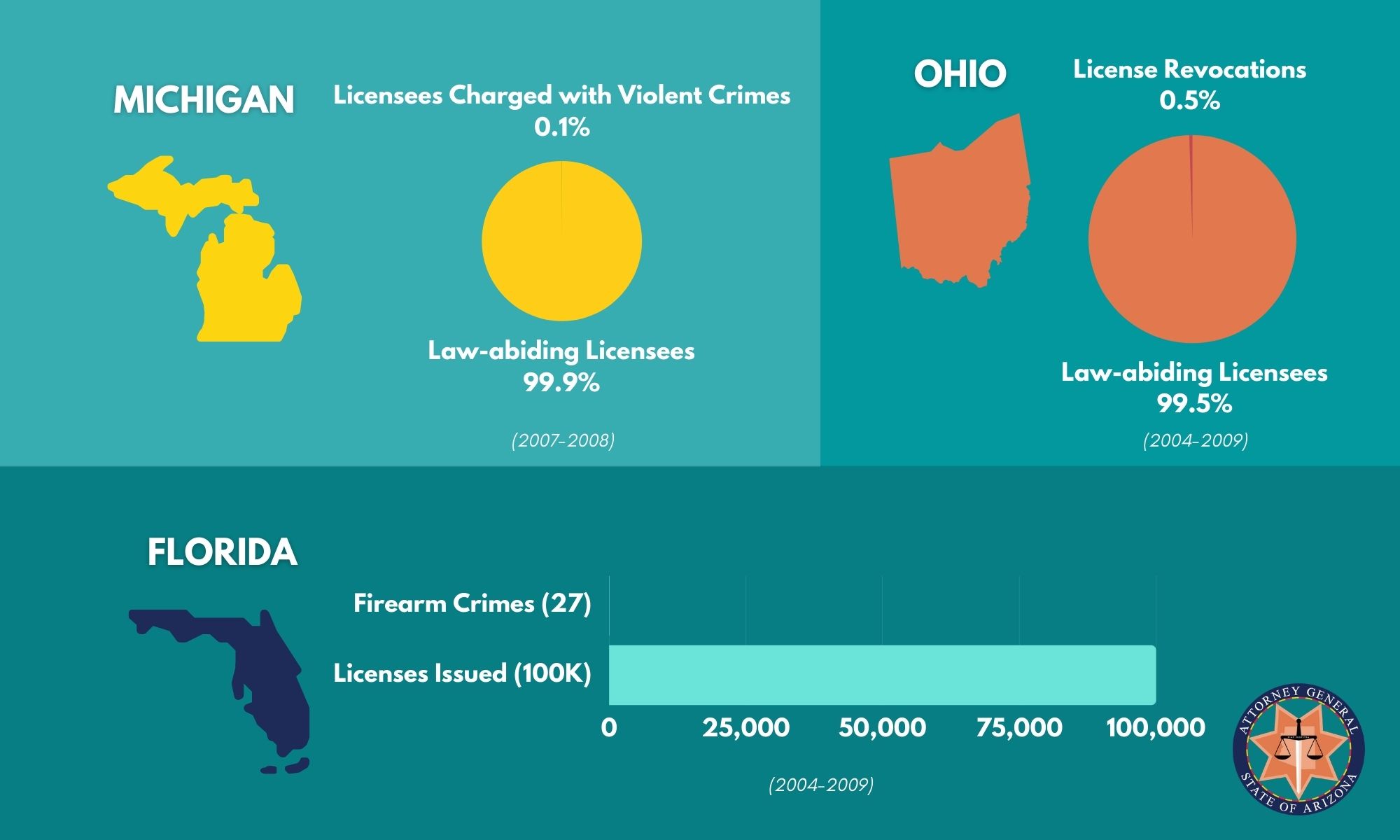 Another central argument of the brief is that objective-issue permitting and concealed carry permits in general, decrease crime, and allow citizens to defend themselves outside their homes. Citing Department of Justice data, the brief says, “the victims of crime who resist with a gun are less likely to suffer serious injury than victims who either resist in other ways or offer no resistance at all."

The Attorneys General state that the original public meaning of the Second Amendment allows citizens to bear arms for self-defense outside their homes. Citing the SCOTUS decision in Heller v. D.C., the brief argues, “In Heller, following the text and history of the Second Amendment, this Court held that the federal constitution ‘guarantee[s] the individual right to possess and carry weapons in case of confrontation.’” The brief also contends that legislatures and courts have misinterpreted Heller, resulting in “fundamental inconsistency, even incoherency, in Second Amendment jurisprudence.”

The attorneys general are urging SCOTUS to grant certiorari and reaffirm the original public meaning of the Second Amendment, allowing citizens to keep and bear arms for self-defense outside of their homes.