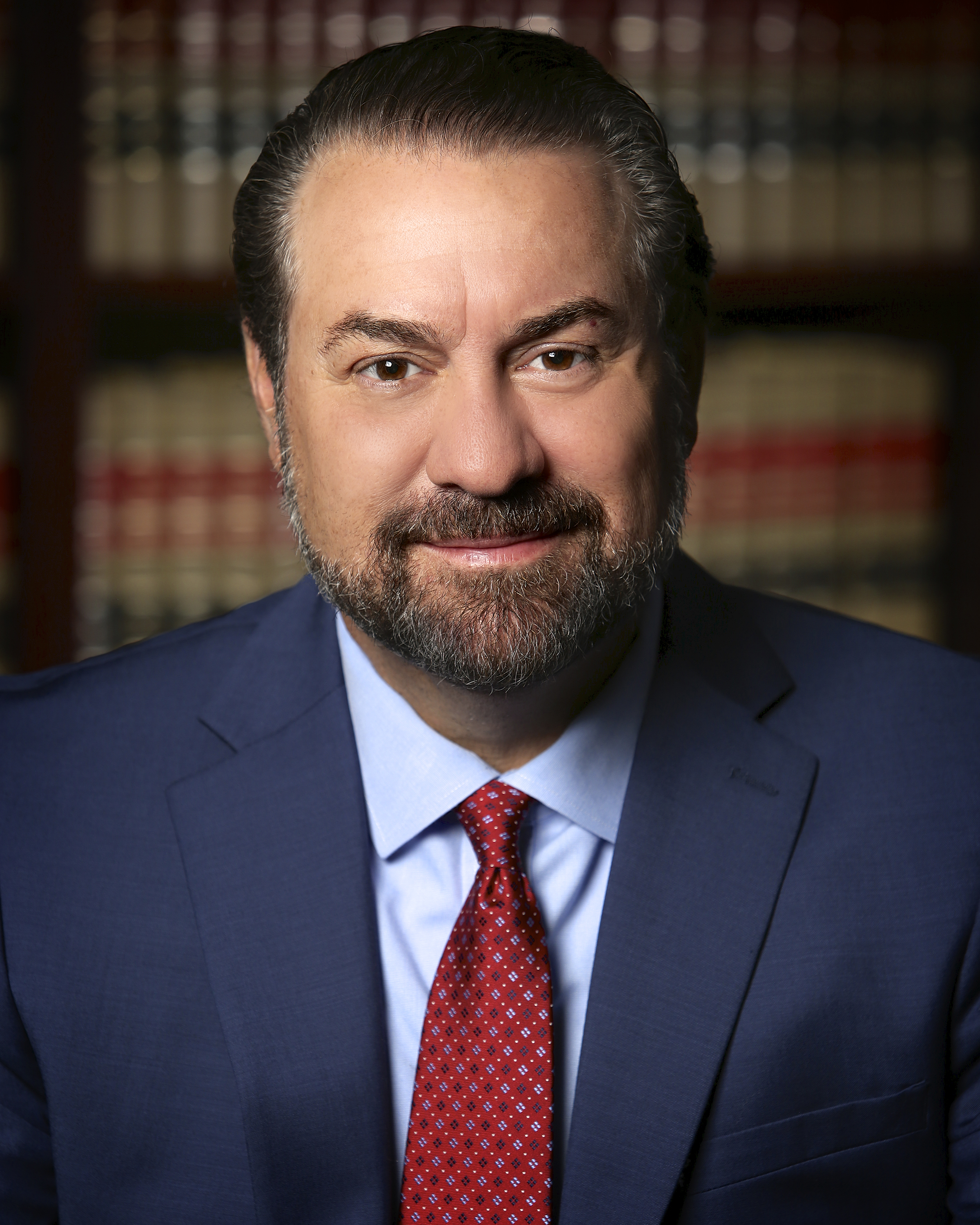 Mark Brnovich currently serves as Arizona's 26th Attorney General. He was first inaugurated in 2015, and again in 2019 after winning re-election. He’s spent most of his professional life serving as a prosecutor at the local, state, and federal levels. Brnovich met his wife Susan while they both worked as prosecutors for the Maricopa County Attorney's office. He worked in the Gang/Repeat Offender Unit and prosecuted many difficult and high profile cases from 1992 to 1998. Brnovich then went on to work as an Assistant Attorney General with the Arizona Attorney General's Office (AGO) from 1998 to 2003, where he developed an expertise in gambling law. He later went on to serve as an Assistant United States Attorney for the District of Arizona where he prosecuted public integrity crimes, as well as crimes occurring in Indian Country.

Brnovich has also been a Judge Pro Tem of Maricopa County Superior Court, a Command Staff Judge Advocate in the U.S. Army National Guard, the Director for Constitutional Government at the Goldwater Institute, and the Director of the Arizona Department of Gaming, a law enforcement agency that investigates illegal gambling activity, as well as working with tribal regulators to ensure the integrity of tribal gaming.

Brnovich is known for restoring public confidence in the office of "Arizona's Top Cop" and for assembling some of the nation's most talented public servants for his administration. In March 2021, he argued at the United States Supreme Court to protect Arizona’s commonsense election-integrity restrictions on ballot harvesting and out-of-precinct voting in Brnovich v DNC. In 2015, Brnovich also argued at the United States Supreme Court in defense of the "one-person, one-vote" principle. He has been featured on 60 Minutes in defense of capital punishment and has initiated national public education efforts to combat human sex trafficking. Additionally, Brnovich has secured more than $200 million in consumer restitution, debt and timeshare fee savings, and event ticket refunds since taking office in 2015. This amount far exceeds the restitution secured by the AGO from 2000-2014 combined.

Brnovich has been recognized by the National Federation of Independent Business as a "Champion of Small Business" and was elected by his bi-partisan colleagues to serve as the Chairman of the Conference of Western Attorneys General.

His wife Susan was confirmed by the United States Senate to serve as a U.S. District Judge for the District of Arizona. Brnovich has two teenage daughters and lives in Phoenix.